Are Carbs and Insulin to blame for weight gain? 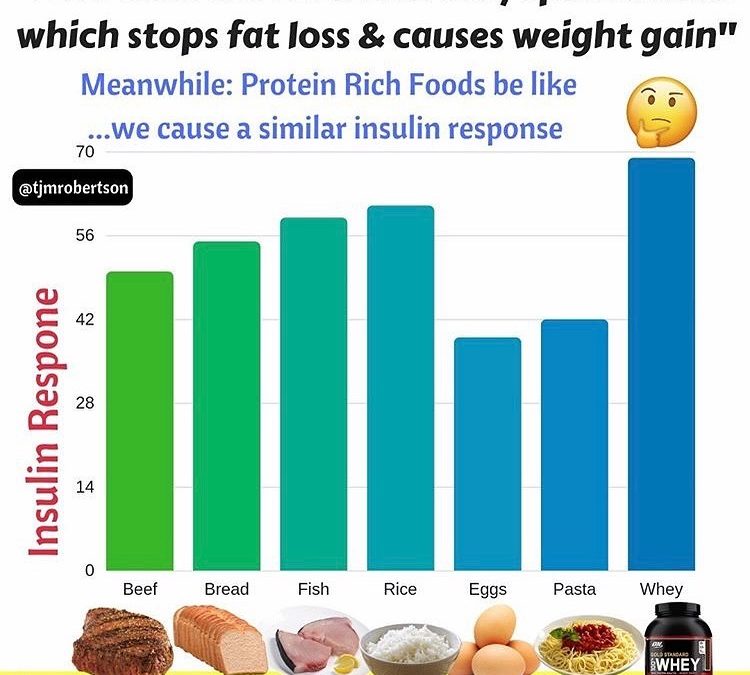 Those Insulin Fairies Are Gonna Get You

So say the Low-Carb Zealots and Fear Mongering “Gurus”

The Carbohydrate-Insulin Model proposes that insulin drives nutrients to be stored as fat, leaving the rest of the body with low energy, causing you to overeat due to low energy levels

But wait a minute, they say “Don’t Eat Carbs, coz the Insulins”, but still consume and promote a higher protein diet?

The problem here is protein also leads to secretion of insulin when consumed, so If insulin caused fat-gain and hunger, then we would see the same “effects” when protein causes an insulin spike… but we don’t.

Another Hall et al study (2016) showed that a ketogenic diet was not superior when calories and proteins where matched compared to a low fat diet. Interestingly & importantly, insulin levels were lower in the keto group, but that did not lead to greater fat loss

❌Insulin is NOT making you fat.
❌Carbs are NOT making you fat.
✅Eating too many calories is what will make you fat
✅Energy balance is the primary driving factor to weight loss or weight gain
.
Yes, hormones are important and have an effect on fat loss, BUT the insulin response to a meal will never supersede the weight loss affects of a caloric deficit.