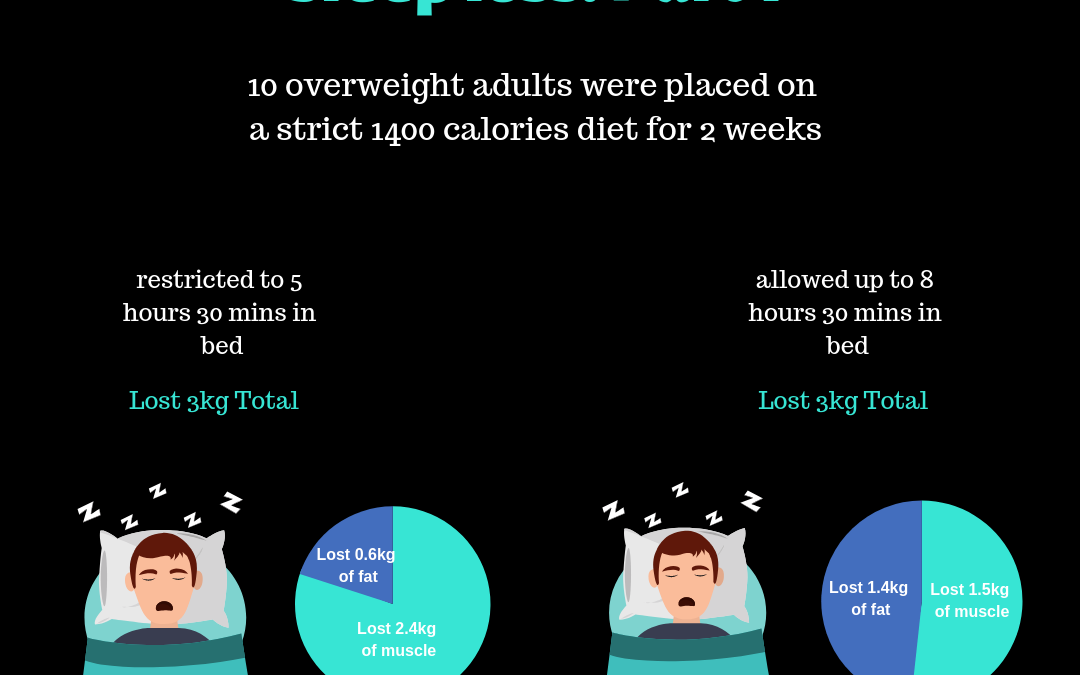 This kickstarts my 3 part series on the effects of sleep loss. Part 1 identifies the negative impact of not having enough sleep on body composition (muscle/fat ratio)

In 2010, 2 groups of overweight participants were put on a 1400 calorie diet for 2 weeks, which revealed some significant results about the effects of sleep deprivation on body composition.

Participants were matched for age and body mass. Their calorie intake (including the ratio of carbohydrates to protein and fat) and energy expenditure were the same.

They differed only in the number of hours of sleep granted. The study formed two groups:

What happened? Both groups lost 3 kg of mass. However, in the low sleep group 80% of that weight was muscle!
⁣
The high sleep group did a lot better with 52% came from muscle.

Still very high, but remember they weren’t doing any weight training to preserve their muscle tissue.

The study was conducted in 2010 by Nedeltcheva, and is titled for ‘Insufficient sleep undermines dietary efforts to reduce adiposity.’